Extremely excited to announce the launch of the now-official LinkedIn Engineering Puzzle! 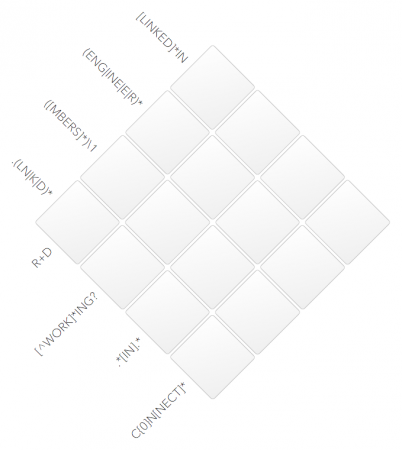 See my full post on the LinkedIn Engineering Blog:

The puzzle has attracted engineers from many different backgrounds — mobile, web, apps, systems and infrastructure, data, and more! Some candidates are just beginning their careers and looking for their first internship or full-time job; others are distinguished engineers in Silicon Valley. One candidate even has a Ph.D. in natural language processing.

ZDNet has further coverage of the story behind this puzzle:

“I realized if you wanted to get the attention of developers, you throw them a challenge,” said Neil Pomerleau, a senior software engineer at LinkedIn. He’s the guy who set the whole puzzle project in motion within the company.

Without official backing from the social network, Pomerleau designed the puzzle on his own and published it on a mircosite he built.

It immediately gained traction. In the first week the site attracted around 5,000 visitors and roughly 600 people solved the puzzle. From there it was shared on sites like Reddit and Hacker News, then Facebook, Twitter, LinkedIn and beyond.

Next: InTune Covers “A Thousand Years”